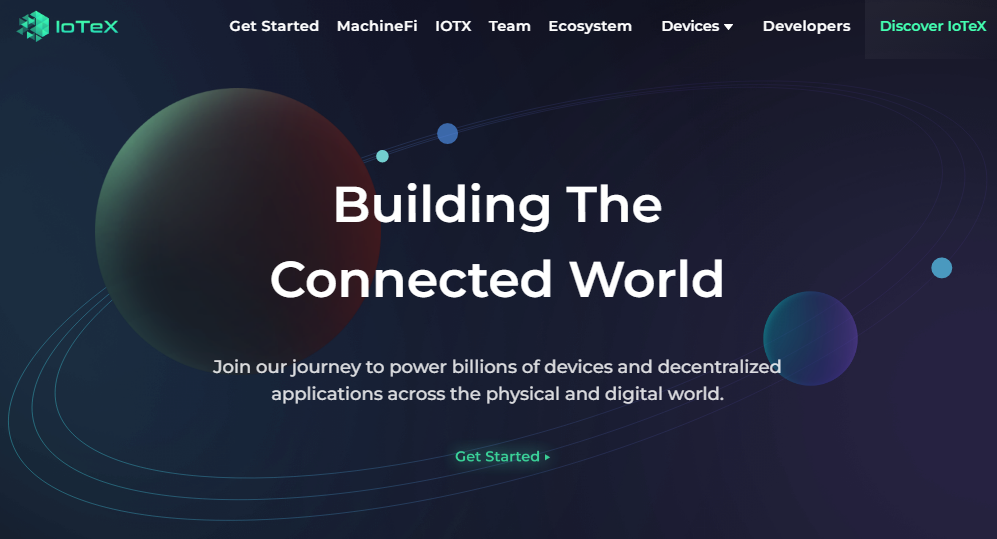 Join us LIVE this Thursday, Apr 21 @ 9am PDT as we celebrate our anniversary with a Q&A session w/ IoTeX co-founders and panel discussions w/ the core team.

👇 Drop your questions below! pic.twitter.com/4kiLLk7X71

Tonight, the IoTeX team celebrates the project’s 4 year anniversary by hosting a Q&A session with the co-founders and other panellists. Within that time, the blockchain network has processed more than 38 million transactions and is currently ranked 100th on CoinMarketCap.

What you need to know about IoTeX

This project was started in 2017 by Dr Raullen Chai alongside an impressive team of co-founders. Their goal was to connect smart devices with Web3 to take advantage of the growth of IoT (Internet of Things). It’s possible because the blockchain is extremely scalable while being compatible with the EVM (Ethereum virtual machine).

It differs from other projects because none other is working on the same concept termed MachineFi. Unlike many other crypto projects still in conceptual stages, IoTeX has an actual product available in the market.

Two of them are Ucam, a smart home camera, and Pebble, a GPS tracker with six dimensions of data like humidity and air pressure. So far, the project has been well received by a variety of parties from individuals to corporations. Over 43,000 participants are currently staked in the blockchain and 12,588 are connected.

This new fund will support builders across MachineFi, DeFi, GameFi, NFTs, DAOs, and more in a sustainable fashion. Come build the future with us!https://t.co/j1qGmDw7px $IOTX

IoTeX also leads an IEEE standards group that includes companies such as Lenovo, Ericsson, Lockheed, Bosch and more. To encourage further development, the company has created a $100 million fund for developers to build on the network.

Is it a good investment?

Running through the IoTeX ecosystem is the IOTX token which has increased by nearly 7% in value over the past month. The jump was initiated by co-founder Chai’s podcast discussing MachineFi and a subsequent interview on U.Today.

Given the attention that IoTeX has been receiving from investors, the token’s value could be poised for further gains during the year. Not to mention the vast possibilities of integrating blockchain technology with IoT in the long term.